How to use RMarkdown for Python with Virtual Environments

I’m currently evaluating different publishing workflows for my academic writing. One option that seems to be increasingly popular is the use of RMarkdown as a source document, from which you then compile into HTML, LaTeX or whatever else you need.
For the code used in the document, RMarkdown not only supports the execution of R, but a whole bunch of languages, including Python, thanks to the knitr package.

One problem I had when I first came across RMarkdown a couple of years ago is that it didn’t really support using virtual environments when using Python. That was a big problem for me, because every project I work on lives in its own virtual environment. But as it turns out this is actually not a problem anymore. By using the engine.path option you can point to whatever virtual environment you want and it works splendidly. Here’s how you do it:

And that’s it, now you can use Python virtual environments in your .Rmd documents.
Standard behavior for using Python in a RMarkdown document applies, I found this section in the documentation of the awesome Bookdown project really helpful. 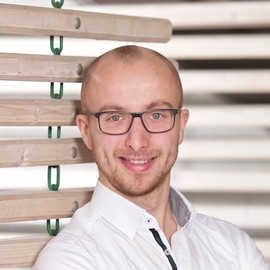